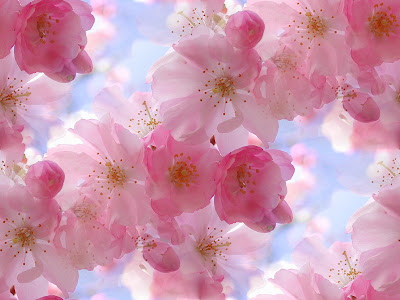 Yesterday afternoon during LDS General Conference, Elder Richard G. Scott spoke of personal revelation. He said that sometimes personal revelation comes through dreams. I believe that. I've had dreams that brought me just the inspiration I needed. I have had other dreams, that, well...

Take for instance, Friday night, I had a dream I was watching General Conference. When the opening hymn began, the Mormon Tabernacle Choir and organ were conspicuously absent. The choir seats were bare. Instead, the director lead the congregation in the hymn. When the camera zoomed in on the first speaker, something seemed amiss. I soon realized that the beautiful greenery and flowers that usually surround the pulpit were not there. Instead, one lonely little vase, with a few dropping tulips, sat on the stand.

I felt hallow. The words of the hymn were the same. The speaker was giving a nice talk. All the fundamental elements were present. Still, I felt cheated. For some unexplained reason, they'd taken the beauty out of the meeting.

When we turned on Conference yesterday morning, to my husband's surprise, I laughed out loud with relief. The choir was singing. A beautiful spring floral arrangement festooned the pulpit. All was right with the world.

As I began to write this post, I thought my dream was an example of silliness or indigestion. But as I've written it out, I wonder. While it may not be personal revelation, maybe it's symbolic. Perhaps the message is that, the "unproductive" details are not superfluous. Focusing too much on the "important things" leaves a hole. Beauty is as much a part of Heavenly Father's world as is utility.

So, inspiration or not, I'll take my dream as a reminder.
Posted by The Almost Sane Sisters at 9:21 PM