Each year my kids and I make traps for catching leprechauns. So far, we have been unsuccessful, but we're still holding out hope. A pot full of gold would certainly come in handy. Last year, there were a good deal of tiny green leprechaun boot tracks all around our traps and the "gold" candy coins we used for bait were gone. Tricksters!

I just get out all sorts of craft materials and let the kids go. I dyed the popsicle sticks green with food coloring. I did end up helping D3 and pretty much making Bear's for him, but I just let them figure out how to trap their own leprechauns. 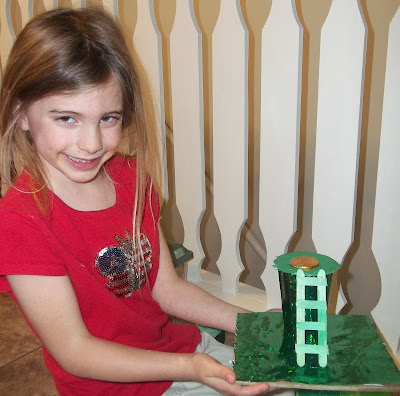 Here we have my youngest daughter's trap. The leprechaun (hopefully) will climb the ladder and step out onto the tissue-covered cup to get the "gold". His weight will be too much for the tissue and he will fall into the cup. 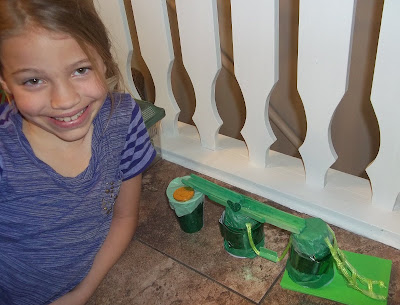 Daughter number one's trap is based on the same design, but she made her ladder with rope and added a swing and a bridge to entice the leprechaun to her trap. 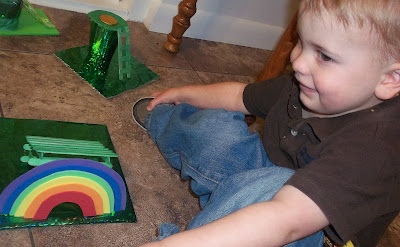 Bear's trap is really just a gussied-up rabbit trap. The unsuspecting leprechaun will walk under the rainbow to get a "gold" coin and a popsicle-stick crate will fall down on top of him. 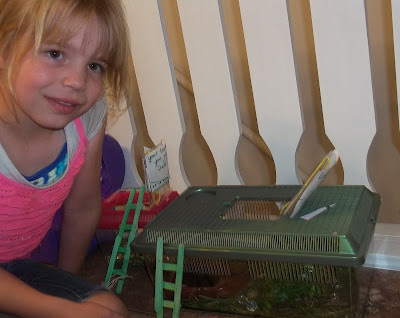 My second daughter, and I might add the most enterprising one, made not one, not two, but three traps. (And she's currently in the kitchen, probably making more of them.) Two of them are made from old frog and cricket habitats. The leprechaun will have to climb to the top using the ladders, enter through the trap door and slide down the yarn that will pull the door shut on it to get to the "gold". 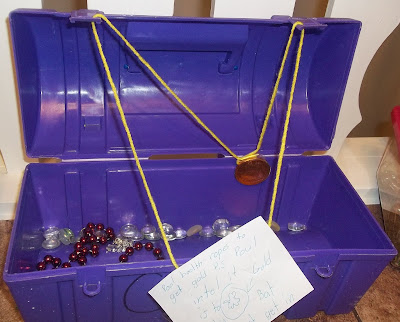 This is the one I'm most impressed with. Again, daughter two made it. To get the gold the leprechaun will have to pull down on it, which will snap the lid closed over it. If I were a betting person, which I'm not, I'd say the leprechaun will get caught in this one if at all.
Posted by The Almost Sane Sisters at 7:15 PM